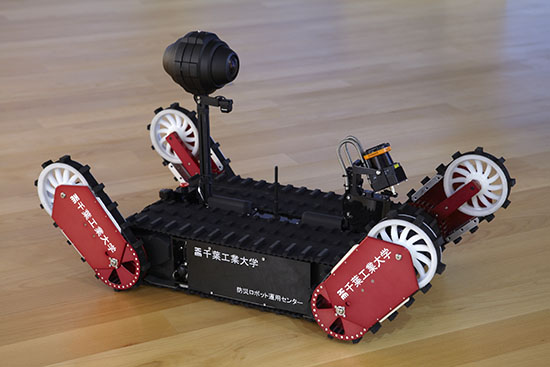 Rosemary  A Robot to Work in Severe Disasters
Rosemary surveys the inside of a nuclear power plant. In developing Rosemary, Chiba Institute of Technology used a variety of information gained through the operation of the Quince rescue robot at the Fukushima Daiichi nuclear power plant.