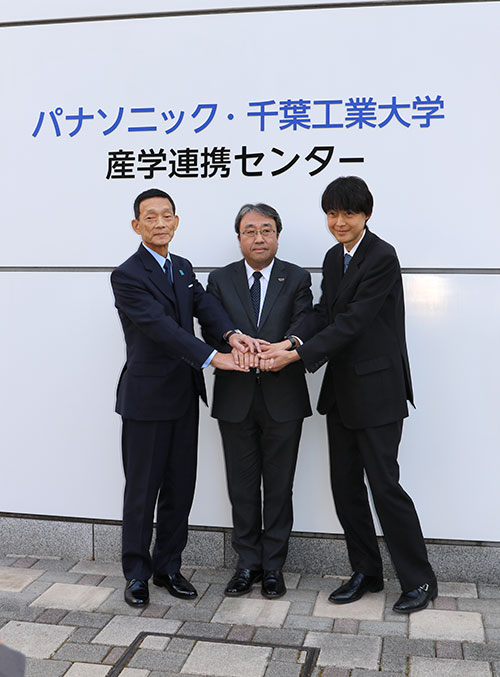 As a first step in this corporative effort of the collaboration center, Panasonic will take the initiative to commercialize next generation robot appliances using the “Scan SLAM” technology developed by Future Robotics Technology Center*1of the Chiba Institute of Technology. This technology identifies distance measurements at high-speed using sensing information. SLAM (Simultaneous Localization and Mapping) is a core technology to construct a map of robot’s environment by analyzing the information recorded by a self-localizing sensory laser or camera. “Scan SLAM” has the world best hi-speed processing capability. This technology plays a crucial role for autonomous behavior generation of robots similar to human vision.

Although many collaborations of universities and corporates aim to achieve R&D, often in fundamental studies, our attempt to offer cutting-edge technology for commercial product development is rather exceptional in Japan. We aim at creating a better future society by transferring many of the university’s leading-edge technologies into practice smoothly and speedily through this collaboration center.

Chiba Institute of Technology and Panasonic will accelerate Open Innovation initiatives through the collaboration center and propose “new values in daily life” by developing next generation robot alliances.